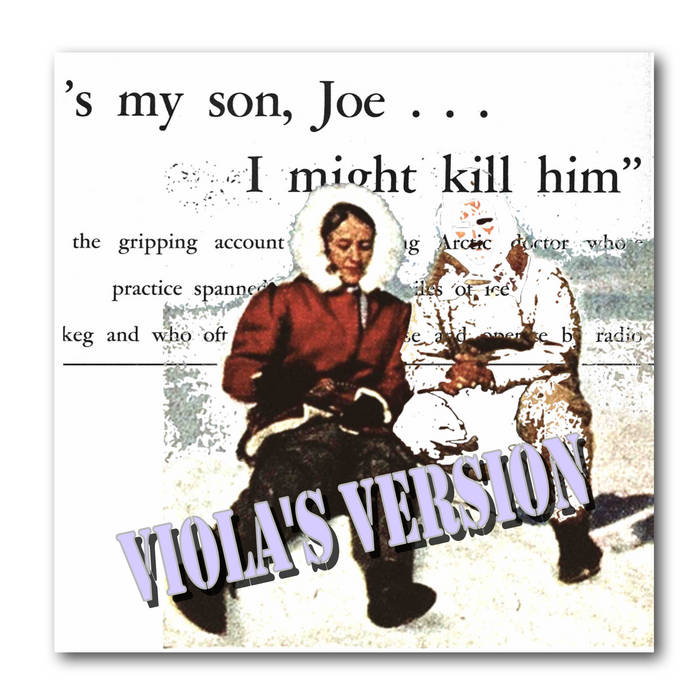 VIOLA'S VERSION is a companion for Story Trees (an interactive exhibition at New Adventures in Sound Art gallery in 2021) online at www.storytrees.ca . A new chapter will be added every week until the exhibition ends 29 March 2021.

VIOLA'S VERSION is a serialized remix of Viola Moody's account of her life with husband Joe, the medical health officer in Chesterfield Inlet, NWT (now Nunavut) in Canada's Arctic.

Following Joe's graduation from the University of Western Ontario's med-school, the couple were broke and anxious for a job. Viola spotted an advertisement in 1946: a call for a general practitioner that looked promising and paid well. The federal government's Department of Indian Affairs needed to quickly find a replacement for its "arctic doctor", who was leaving his post. Dr. Moody got the job. Joe would be the only physician in the entire eastern Arctic (flying bush planes, dog sledding, diagnosing and treating the sick by radio from the small settlement on the western shore of Hudson's Bay).

Dr. Joseph P. Moody would become famous for his medical feats & derring-do (averting a deadly polio epidemic in The North, for one); the New York Times and other media chimed in with praise from around the world. You could be led to think Viola was a bit player in the Arctic healthcare drama — her contributions, her support, her courage, her smarts — all went missing in the reporting..

The interview was recorded in June 1975 at Viola's home at Serpent River, Ontario.

As a caution: please be aware that some of Viola's conversation and other voices you will hear -- recorded much later, and in 2021 -- could be disturbing as much as they are instructive.

VIOLA'S VERSION is an immersive mix designed for headphone-listening.

Bandcamp Daily  your guide to the world of Bandcamp

New sounds from Mavi, Ivy Sole & Moderator, plus AJ, the One joins the show, for her latest release